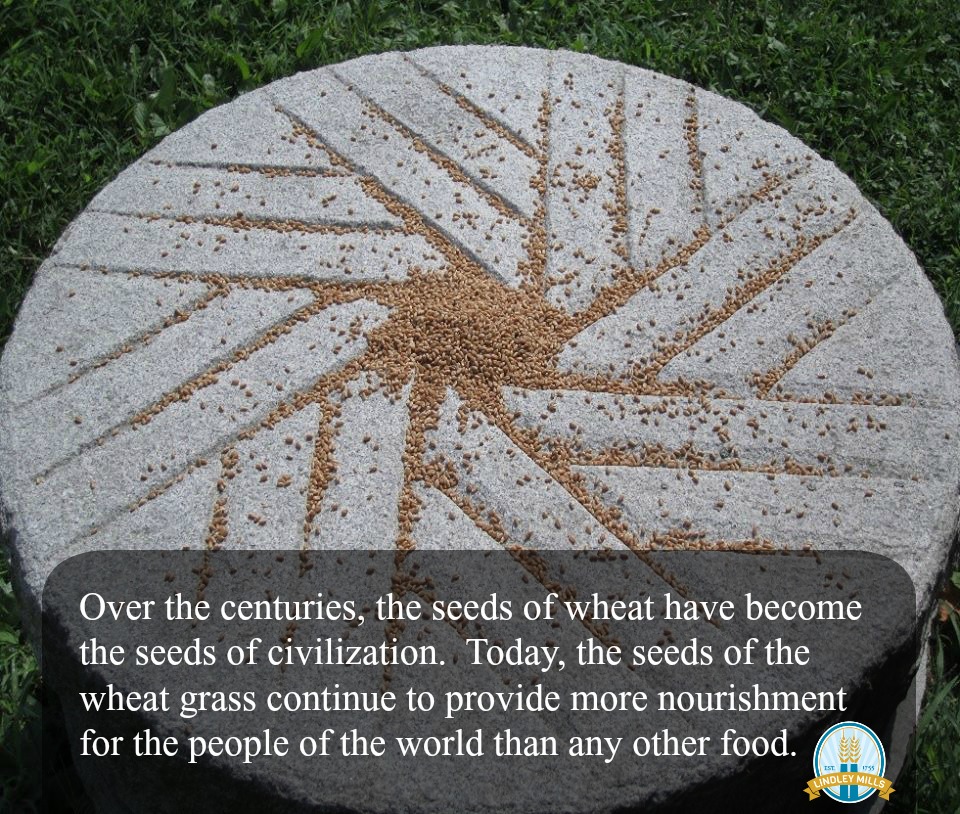 Wheat is a renewable, reliable source of food that has greatly contributed to the development of human society. The origin of the wheat plant is unknown, but as early as ten to fifteen thousand years B.C., humans were using wheat as food.

The first consumers of wheat were probably nomads who roamed the grasslands and forests gathering food for their families. Once they found they could eat the seed of the wheat grass, they would return to the location year after year. Soon they built shelters to stay near where the wheat thrived. They learned how to gather it and store it, and became the first farmers.

Freed from the constant need to search for the next meal, they were able to spend their time thinking of ways to improve their lives. Over the centuries, the seeds of wheat have become the seeds of civilization. Today, the seeds of the wheat grass continue to provide more nourishment for the people of the world than any other food, and millers and scientists have continued to discover more of wheat’s remarkable attributes.

We are living in a revolutionary time for wheat. From the development of refined white flour to the current push for whole grains, all flour has been milled from the dormant wheat seed. Here at Lindley Mills, we believe that sprouted grains are the next frontier in the nutrition, flavor, and performance of our food.

According to our miller and the creator of Super Sprout™, Joe Lindley, “One of the next branches in the evolution of wheat as a food source is to utilize the more complete nutritional potential of wheat by letting it fulfill its true destiny and sprout."